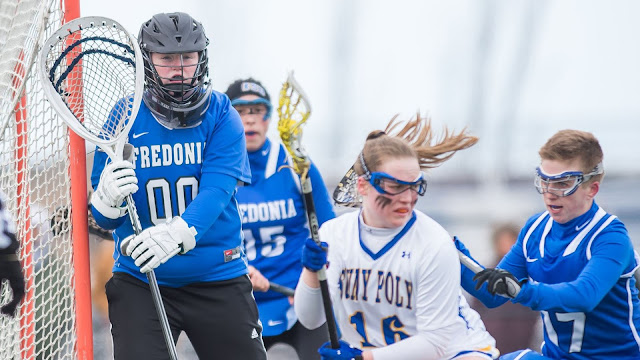 FREDONIA, N.Y. -- Fredonia broke open a see-saw game with seven straight goals in the second half to emerge with a 24-18 women's lacrosse win Sunday over SUNY Poly on the snow-banked University Stadium turf.

Alli Coon had three goals and Kayla Purcell two during the decisive run, which turned a 13-12 deficit into a 19-13 lead with 14-14 remaining. Until then, there were 11 ties and seven lead changes.

It was the first win of the season for the Blue Devils, who improved to 1-2, and the first collegiate head coaching win for Marykate Edmunds, who spent four seasons as a college assistant coach before taking over the Fredonia team last summer.