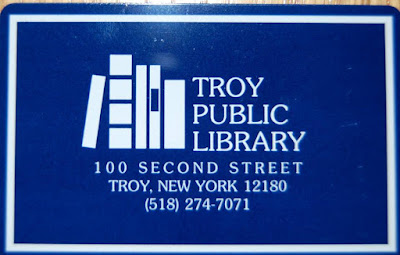 Join us at the Troy Public Library on Monday, April 22nd at 6PM for a panel discussion centered on the PBS documentary “American Creed.”

In this documentary, Condoleezza Rice, former U.S. Secretary of State, and David M. Kennedy, Pulitzer Prize-winning historian, come together from different points of view to investigate the idea of a unifying American creed. We have invited members of our local government from both sides of the aisle, including Assemblyman Jake Asher and Mayor Pat Madden, as well as leaders from civic, military and nonprofit organizations, hoping to bring as many different points of view as possible to the table.

Key topics to be discussed will include such questions as; who gets to define the “American Creed,” what does it mean to be an American, what role does education and economic opportunity play in people’s perception of their own access to the “American Dream,” and how do we begin to make a difference in our own communities to make all members feel engaged and respected.  American Creed: Community Conversations is a project of Citizen Film in partnership with the American Library Association and the National Writing Project, with support from the National Endowment for the Humanities.

This program is free and open to the public.  For more information and to register, call the library at 518-274-7071 or online at www.thetroylibrary.org.  The Troy Public Library is located at 100 Second Street, Troy, NY.
Posted by David Mills RCN America Network at 6:24 PM