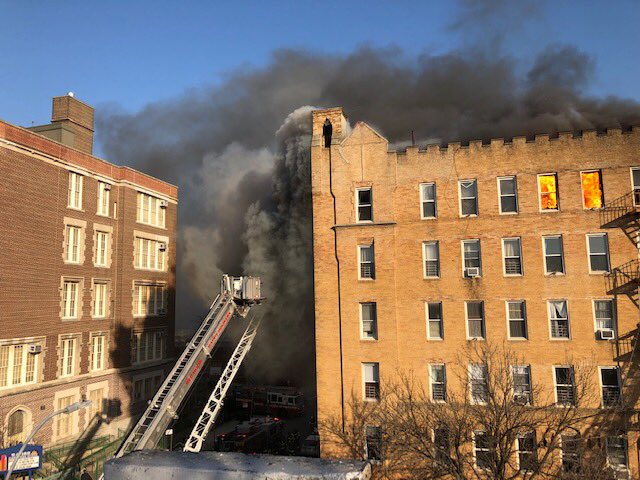 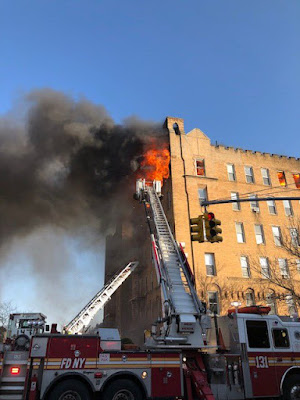 Update 8:20pm: 6th alarm has been transmitted.
Update 5:51pm: According to FDNY, two non-life-threatening injuries to civilians.
Update 5:43pm 5 lines, 2 ladder trucks operating at this time. This Brooklyn fire is being impacted by high winds.
Update 5:28pm: The maydays have been cleared, both members accounted for, awesome news.
Update 5:24pm: Per command, 5th-alarm has been ordered.
Update 5:22pm: A second 10-66 (mayday) has been transmitted.
Update 5:16pm: Command has ordered a 4th-alarm, heavy fire in a multi-story, multi-dwelling.
BREAKING: Brooklyn, New York City, New York - We are learning at this hour FDNY firefighters are working to put out 3rd-alarm structure fire on Wednesday, April 3rd, 2019 at 702 44th street in Brooklyn, New York City, New York.

Fire upon was through the windows.

More details as they become available. 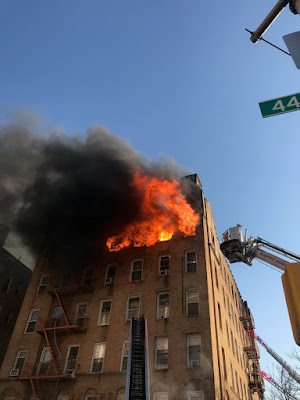 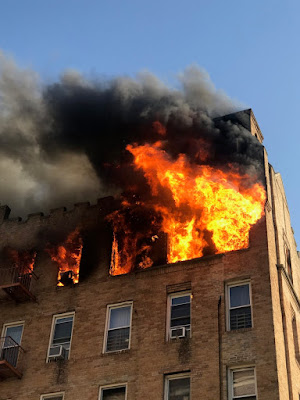 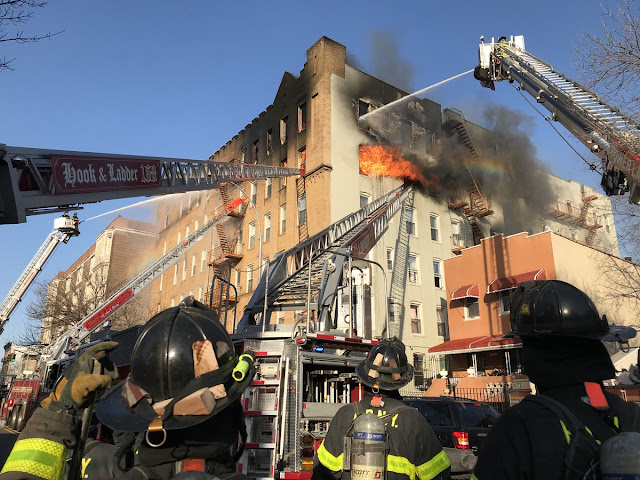 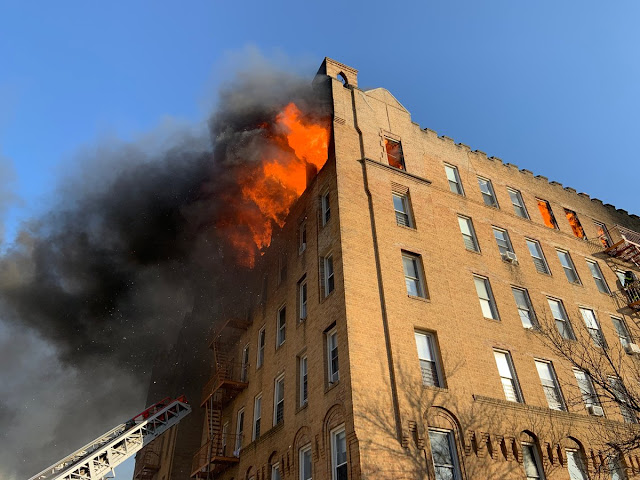