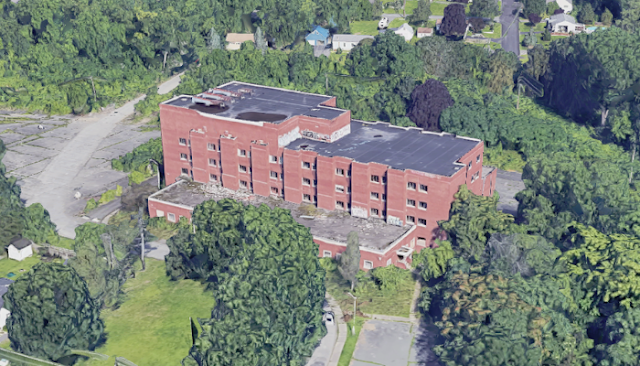 TROY, NY – Mayor Patrick Madden today announced the City of Troy is moving forward with the demolition of the former Leonard Hospital building in north Troy. The city is seeking qualified contractors to remove the abandoned medical facility – located at 74 New Turnpike Road in the Collar City’s historic Lansingburgh neighborhood – by October 1, 2019.

Mayor Madden said, “The Leonard Hospital building has been a blight on the Lansingburgh neighborhood, negatively impacting nearby homes and properties and harming the quality of life of local families and businesses for over two decades. Removing this long-vacant structure is part of my administration’s commitment to revitalize Troy’s neighborhoods and positively shape the future of our community. We are eager to move forward with this important project in a safe, responsible manner to encourage new investment and growth in our city.”

Originally constructed in the 1960s, Leonard Hospital closed its doors over twenty years ago. The approximately 6.4 acre site is targeted for redevelopment as a shovel-ready project following the completion of demolition later this year.

The demolition bid for Leonard Hospital includes an alternate addition for asbestos abatement for contractors capable of completing both tasks. The abatement of asbestos will be completed prior to the start of demolition at the site.

Copies of the Leonard Hospital demolition and asbestos abatement services bids can be obtained from the City of Troy’s Purchasing Department, 433 River Street, Troy, NY 12180. Interested vendors can request electronic documents from Claudia Mahoney at Claudia.mahoney@troyny.gov. Responses are due by May 15, 2019, at 11:00 am.
Posted by David Mills RCN America Network at 1:31 PM