'The Bachelor' Kicks Off the New Year WIth a Bang, Premiering Monday, Jan. 7, With a Three-Hour, Live Special 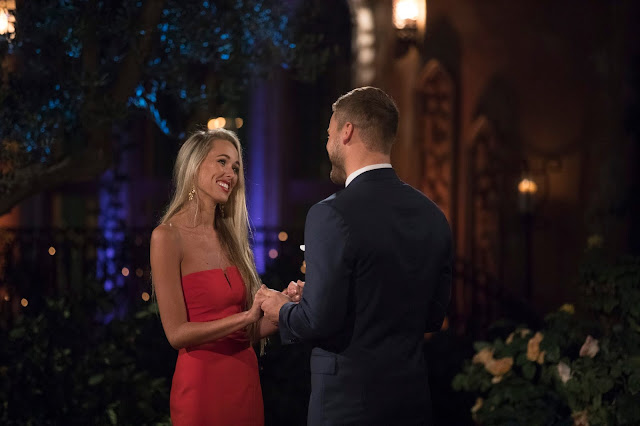 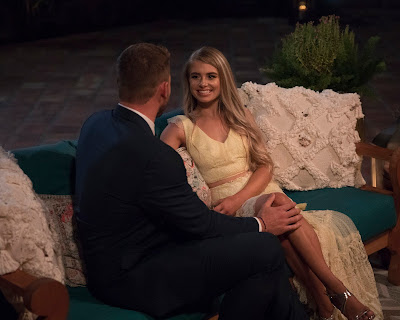 ‘THE BACHELOR’ KICKS OFF THE NEW YEAR WITH A BANG,
PREMIERING MONDAY, JAN. 7, WITH A THREE-HOUR, LIVE SPECIAL

What does a pageant star who calls herself the “hot-mess express,” a confident Nigerian beauty with a loud-and-proud personality, a deceptively bubbly spitfire who is hiding a dark family secret, a California beach blonde who has a secret that ironically may make her the Bachelor’s perfect match, and a lovable phlebotomist all have in common? They’re all on the hunt for love with Colton Underwood when the 23rd edition of ABC’s hit romance reality series “The Bachelor” premieres with a live, three-hour special on MONDAY, JAN. 7 (8:00–11:00 p.m. EST), on The ABC Television Network, streaming and on demand.

Bachelor Nation viewing parties from across the country will be featured during the live, three-hour premiere.

The game that captured the hearts of Bachelor Nation is coming back soon with all-new gameplay!
Fans can get ready to play The Official Bachelor Fantasy League, which allows players to compete with family, friends and the rest of #BachelorNation by building a weekly lineup of Bachelorettes based on weekly categories ranging from who will get a rose to who kisses Colton. Look out for a launch announcement at the end of the month to create your lineup for the premiere! 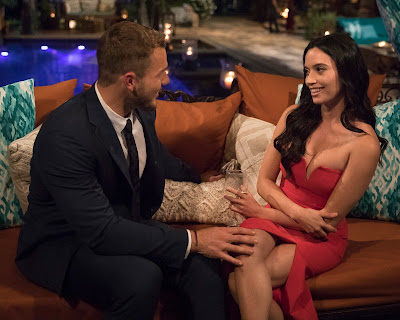 Before his journey begins, Colton sits down with Chris Harrison for a frank discussion about the backlash he received after he was announced as the new Bachelor and his readiness to become a husband.  What about the fantasy suites? Colton wants to keep an open mind – anything is possible. However, he is somewhat nervous at the prospect of simultaneously juggling 30 smart, beautiful women.

The Bachelor’s anxiety is only matched by that of the group of eager, accomplished women, who want to make a lasting first impression and finally meet their possible future husband. Once the Bachelor enters the mansion, all bets are off and the race to find love is on. Colton is swept away by a very assertive woman, and he is surprised at how much chemistry he feels with some of the women … there are even a few kisses. One persistent lady steals him away four times – much to the dismay of the others. Will the aggressive moves impress Colton or turn him off? Although the women scramble to get time with him to earn the coveted first impression rose, he ends up giving it to the lady who helped him feel the most comfortable in this very new situation.

At the end of the night, 23 bachelorettes remain to embark on wild romantic adventures with Colton around the world and attempt to become the love of his life. This season, romantic excursions will take Colton and the women to spectacular places around the globe, including Singapore, Thailand, Vietnam and Portugal, and even to Colton’s hometown of Denver, Colorado. 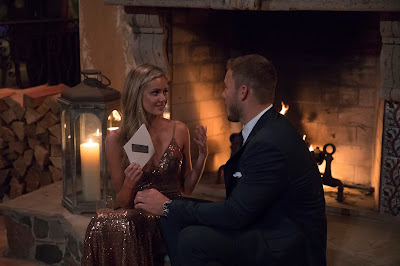 Romantic and adventurous dates will test the women’s perseverance in pursuing their romantic objective, along with fun, exciting and exotic dates that will elicit real and raw passions. Happily married couple and huge Bachelor fans, Megan Mullally and Nick Offerman, are on hand to offer some unconventional advice and unusual performance tips to a group of the women who must share their personal stories with Colton about their “firsts.” Actor/comedian Billy Eichner oversees a fierce summer camp-type competition as some of the bachelorettes relive their childhoods. Terry and Rebecca Crews put a group of powerful and passionate women through the “Bachelor Strongest Woman” competition, with Chris Harrison and Fred Willard adding the play-by-play. Up-and-coming country star Tenille Arts performs her hot new song, “I Hate This,” for Colton and one special lady. Country superstar Brett Young sings his hit “Here Tonight” as Colton surprises one of his wonderful dates.

As the journey continues internationally, relationships have a chance to flourish and more surprises await the unsuspecting Bachelor. Will Colton open his heart and find the woman of his dreams who will love him back?
The 30 women who will vie for Colton’s heart are the following:
Alex B., 29, a dog rescuer from Vancouver, British Columbia, Canada
Alex D., 23, a sloth from Boston, Massachusetts
Angelique, 28, a marketing salesperson from Hamilton, New Jersey
Annie, 23, a financial associate from New York, New York
Bri, 24, a model from Los Angeles, California
Caelynn, 23, Miss North Carolina 2018 from Charlotte, North Carolina
Caitlin, 25, a realtor from Toronto, Ontario, Canada
Cassie, 23, a speech pathologist from Huntington Beach, California
Catherine, 26, a DJ from Ft. Lauderdale, Florida
Courtney, 23, a caterer from Atlanta, Georgia
Demi, 23, an interior designer from Red Oak, Texas
Devin, 23, a broadcast journalist from Medford, Oregon
Elyse, 31, a makeup artist from Soldotna, Alaska
Erika, 25, a recruiter from Encinitas, California
Erin, 28, Cinderella from Plano, Texas
Hannah B., 23, Miss Alabama 2018 from Tuscaloosa, Alabama
Hannah G., 23, a content creator from Birmingham, Alabama
Heather, 22, never been kissed from Carlsbad, California
Adrianne “Jane,” 26, a social worker from West Hollywood, California
Katie, 26, a medical sales representative from Sherman Oaks, California
Kirpa, 26, a dental hygienist from Whittier, California
Laura, 26, an accountant from Dallas, Texas
Nicole, 25, a social media coordinator from Miami, Florida
Nina, 30, a sales account manager from Raleigh, North Carolina
Onyeka, 24, an IT risk consultant from Dallas, Texas
Revian, 24, a nurse from Santa Monica, California
Sydney, 27, an NBA dancer from New York, New York
Tahzjuan, 25, a business development associate from Castle Pines, Colorado
Tayshia, 28, a phlebotomist from Corona Del Mar, California
Tracy, 31, a wardrobe stylist from Los Angeles, California

Plus, there will be a special guest appearance by Lucy, 70 (age in dog years, but she is actually 10), a pet Pomeranian from Ft. Lauderdale, Florida.

Hosted by Chris Harrison, “The Bachelor” is a production of Next Entertainment in association with Warner Horizon Unscripted & Alternative Television. Mike Fleiss, Martin Hilton, Nicole Woods, Bennett Graebner and Elan Gale are the executive producers. “The Bachelor” is broadcast in 720 Progressive (720P), ABC’s selected HDTV format, with 5.1 stereo surround sound. 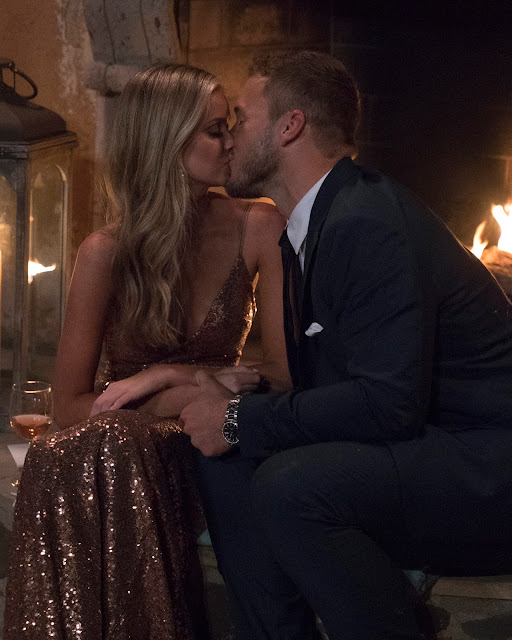 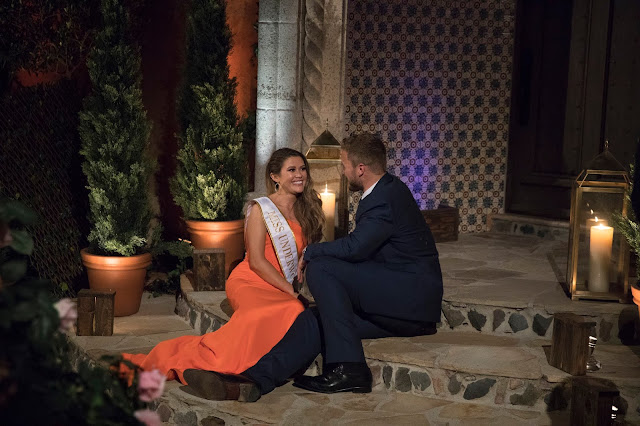 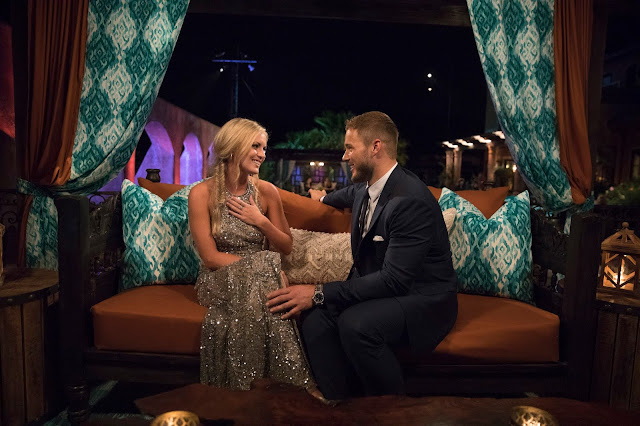 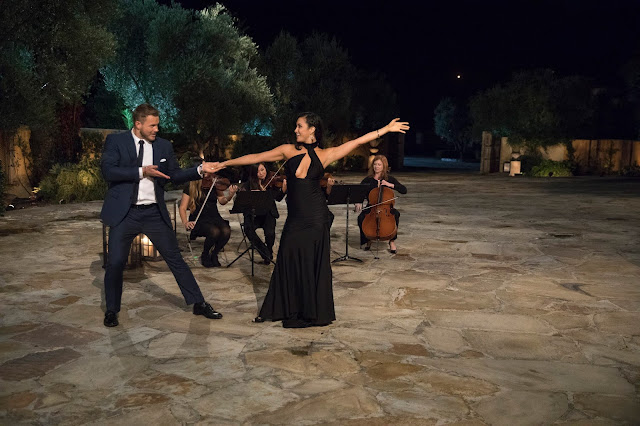 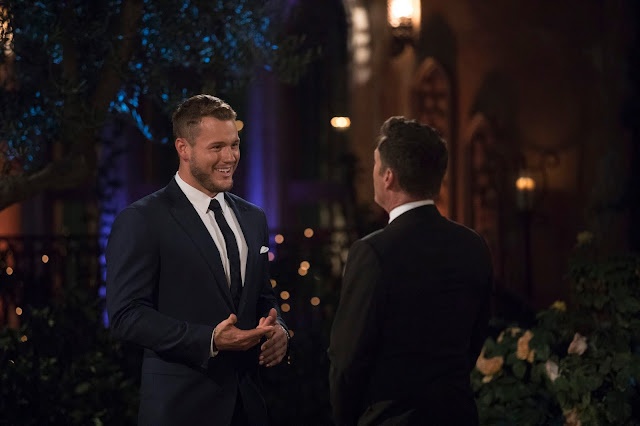 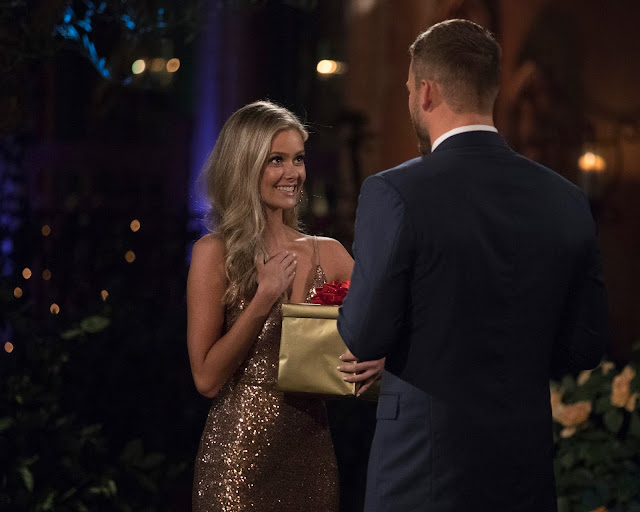 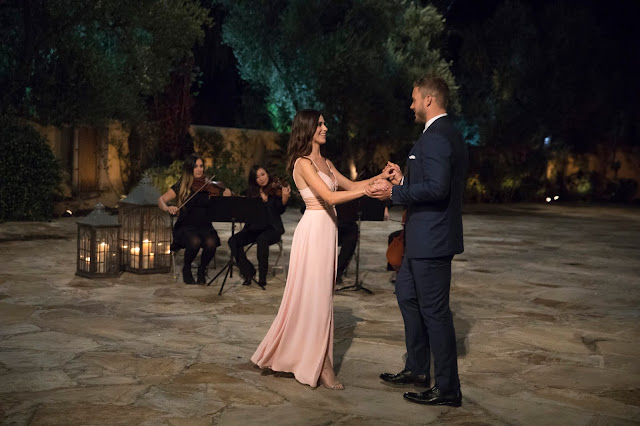 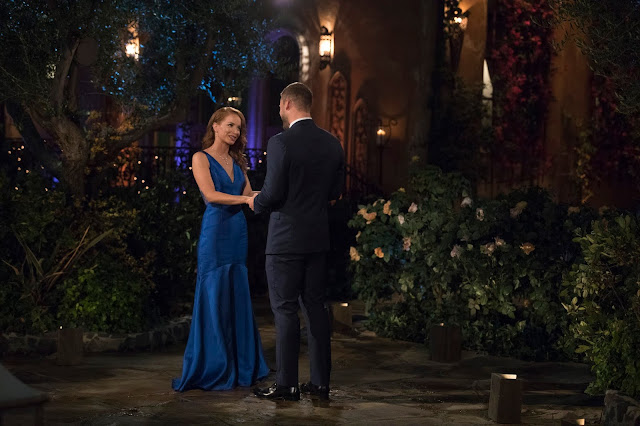 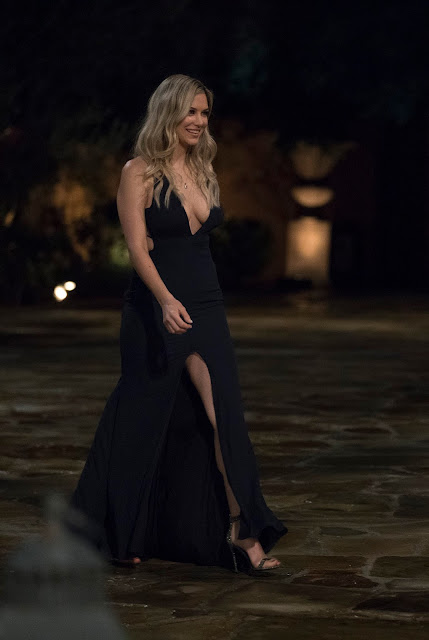 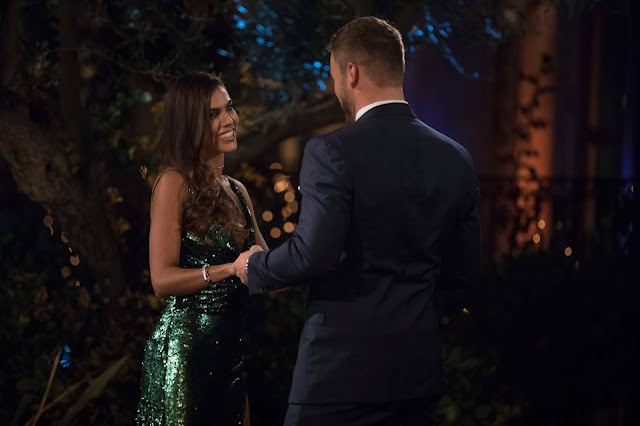 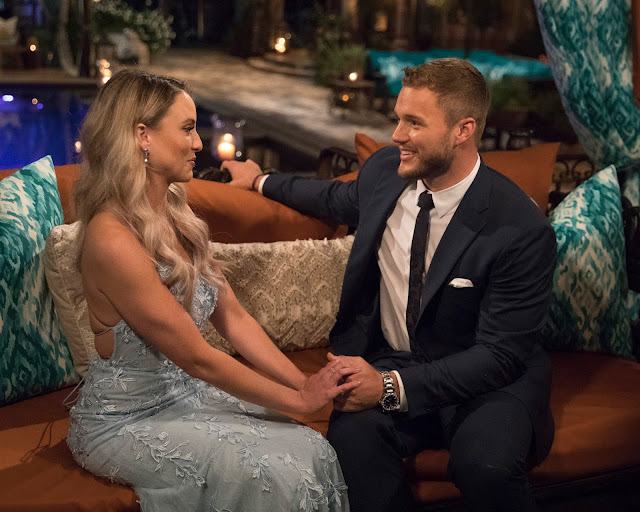 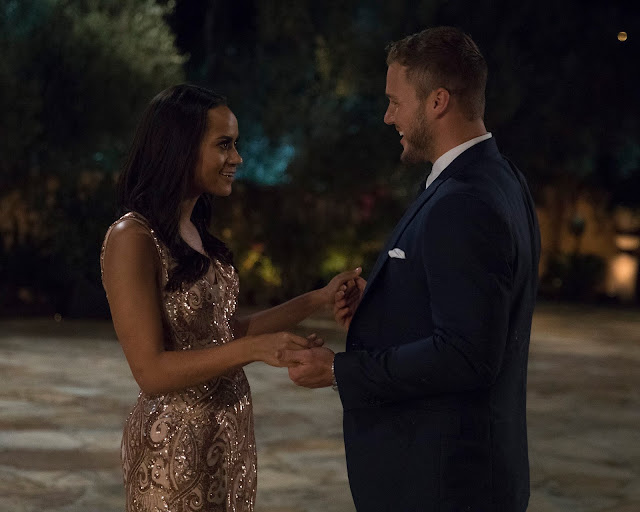 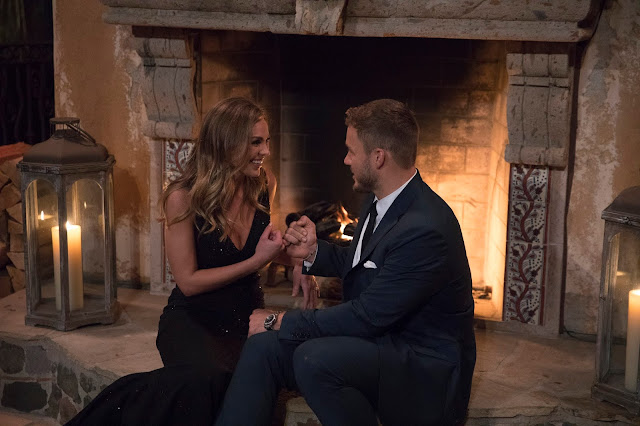 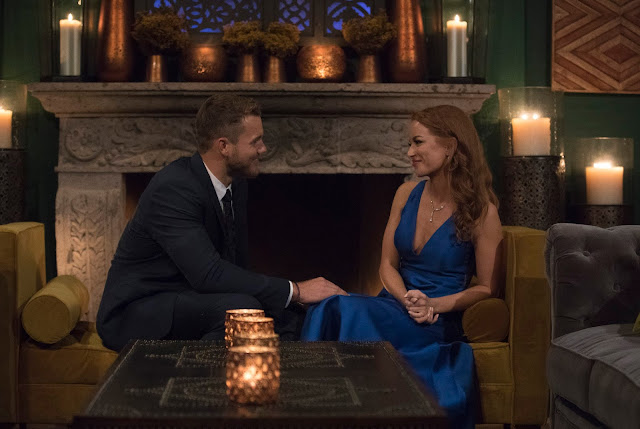 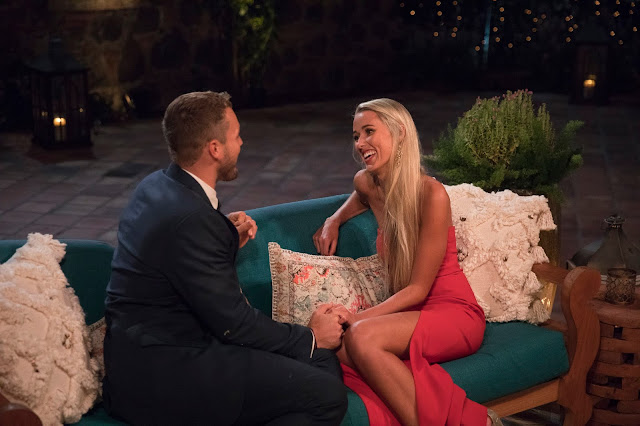