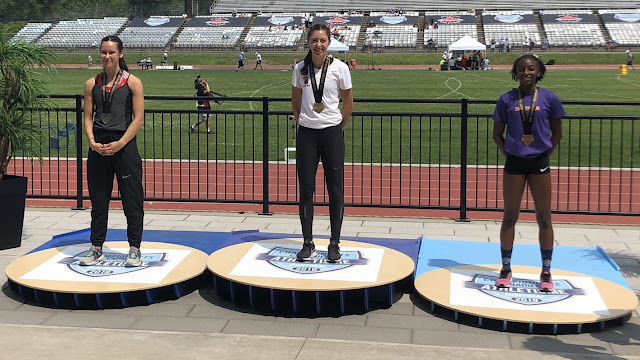 ITHACA, N.Y. — A great summer has kept getting better for sophomore Brooke Overholt, who won the 400 hurdles in the Under-20 division at the Canadian National Track & Field Championships on Sunday in Montréal.

Overholt's time of 59.29 seconds blew away the field in the finals after she cruised in a preliminary race of 1:01.94, which was good enough to win the third and final heat.

Overholt is coming off an Athletics Ontario U20 victory in the same event a couple weeks prior, then a seventh-place finish at the Pan American U20 Championships a week later in San José, Costa Rica, She is competing this summer after stellar freshman season with the Big Red, where she scored points at both the indoor and outdoor Ivy League Heptagonal Championships and competed in the NCAA East Preliminary Round.
Posted by David Mills RCN America Network Sports at 3:35 PM