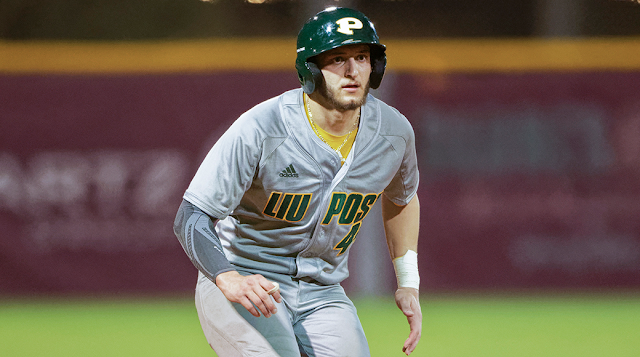 In the Pioneers' first extra-inning game of the season, senior Anthony Vaglica was a standout after finishing with a home run and one RBI. Seniors Dave Brehm, Reynaldo Guillen and Jimmy Mendyk also had hits for LIU Post.

On the mound, senior James Varela struck out seven in 5.2 innings while junior Noah Lorenzo also pitched 3.2 innings. Varela's 18 strikeouts are tied for the most in the East Coast Conference this season.

In the top of the tenth Mendyk singled to third base but it was the Setters who ultimately prevailed in the bottom of the tenth to take the win, 2-1.

Up Next
The Pioneers return to Peter X. Finnerty Field for a doubleheader against Pace at 12:00 p.m.